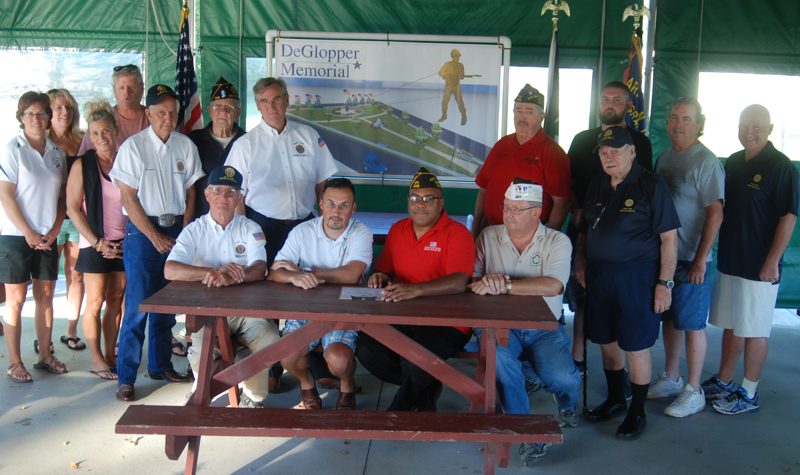 The expansion of the DeGlopper Memorial site will not only honor Charles N. DeGlopper, but all Grand Island residents, past, present, and future, who have proudly served the United States as a member of the military. Design features will include a Gold Star for mothers of the fallen, personalized memorial pavers, flagpoles with the flags from each arm of the military, black granite walls with engravings of the names of Grand Island residents who have served, benches for visitors, parking, and much more. Donation opportunities for the expansion were recently announced by the committee on Memorial Day. The expansion is projected to cost about $750,000 and take about one year to complete.

Tax deductible donations are being accepted through the Grand Island VFW Memorial Post 9249. For more information on how to donate individuals can visit the DeGlopper Memorial website, Facebook page or email donate@degloppermemorial.org.